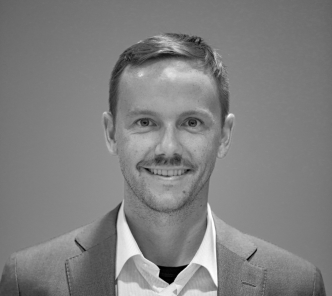 After starting as a Senior Battery Scientist at Eos in 2015, Francis Richey held positions as product development manager and was named Vice President of R&D in December 2020. His vast knowledge of electrochemical engineering and passion for scaling technology from the lab to a commercial product has been integral for advancing and refining Eos Znyth™ battery technology and keeping the organization at the forefront of developing battery storage alternatives to lithium-ion. After graduating with a Bachelor of Science in Chemical Engineering from Penn State University and a Ph.D. degree from Drexel University with a focus on Chemical and Electrochemical Engineering, Francis began his career as a Postdoctoral Research Scientist at Stanford University leading a collaborative research effort between UC Berkeley and Stanford to investigate corrosion mechanisms in aqueous Metal air batteries. He holds 7 patents, has publications in the Journal of the Electrochemical Society and Journal of American Chemical Society, and has presented at numerous electrochemical conferences on fuel cells, batteries, and capacitors. By advancing zinc-based battery technology and leading R&D efforts at Eos, Francis is a driving force for helping Eos change the way the world stores power.